… And What Your Brand Can Learn From These Companies

2012 was a huge year for social media for quite a few reasons, none the least of which was that 2012 was the biggest year on record in terms of social media’s massive and ever-growing population. But more specifically, it was a year of a lot of epic wins and a lot of colossal failures in the advertising department. In fact, you cannot have one without the other. There needs to be a great fail for every big win. It’s the balance necessary for either to exist.

So before we get into the tips you can use to ensure you avoid ending up on the failing end of a social media campaign, let’s first take a look at some of the biggest winners and losers in social media advertising in 2012.

One of the biggest winners of 2012 in social media was Nike. This brand is widely known, but being popular doesn’t make one immune to failure. If anything, it makes failure more of a possibility. Nike targeted the London Olympics by honoring everyday athletes via billboards in London and in social media. What happened as a result was more than 16,000 tweets about the campaign and a 77% spike in Facebook interaction during the Olympics.

Honda also had a very successful social media campaign last year. Their idea was brilliant because they targeted only the most active social media users. They offered a $500 prize to the most active members of Pinterest (Pinners). The rules: Take a break for 24 hours, and instead of Pinning random things, promote the CRV. All told, Honda reached roughly 5.5. million people with this campaign.

Bullying is a hot-button topic around the world, and the movie “Bully” needed to pull in an audience to get its message out there. So the creators of the film, Weinstein Co., recruited celebrities to promote it. The ultimate goal was to make the movie more accessible to more people by having its rating dropped from R to PG-13. Over 31,000 followers on Twitter made this happen, and much more awareness was brought to the film.

Campaigns in social media can easy go belly-up and backfire, evidenced by Chick-Fil-A’s epic fail. The big controversy here began when the company was found to be donating to charities considered anti-gay. To make matters worse, Chick-Fil-A allegedly created a fake Facebook profile to defend their main Facebook page which was inundated with negative press. Yeah, the fails keep on coming with this one.

This large company thought it wise to seize on Hurricane Sandy’s brewing chaos by telling people via email: “In case you’re bored during the storm, 20% off everything for the next 36 hours.” Well, had this been a small storm, all would have been well. But Sandy crippled the east coast, costing millions of people their power, dozens of people’s lives, and billions in damage. American Apparel apologized for using the storm for promotion.

Using Twitter in a way which even makes the biggest, meanest trolls cringe, KitchenAid tweeted about Barack Obama’s grandmother’s death during the 2012 Presidential Election, stating: “Obamas gma even knew it was going 2 b bad! She died 3 days b4 he became president.” Highly offensive and off-putting even for Obama detractors, KitchenAid apologized quickly and tried to contain the damage by issuing that it was a member of their Twitter team that mistakenly tweeted from the KitchenAid account.

Tips to Take Away From These Brands

1: Be unique and original in your campaigns, making sure to put the focus of your promotions on your intended market. Nike with the Olympics was a great match.

2: Always stay away from offensive topics, such as politics and religion. KitchenAid had to learn the hard way that politics isn’t campaign-friendly material. And even if they hadn’t gone as far as they did, they were still alienating every non-Romney voter.

3: Offering prizes is never a bad thing. Honda might offer more than what you can personally afford, but cash prizes—or any type of prize with value—is a great way to grab interest.

4: Even if you’re trying to be uplifting or to turn a bad situation into a good one, be well aware of not only the situation but also of the potential fallout. AA using Hurricane Sandy was a complete failure. Avoid topics which affect so many people or even that have that potential.

5: Recruiting other people for a worthy cause is a great takeaway here. You might not be able to attract celebrities, but the right campaign promotion may attract others who will in turn help to spread the word.

6: Always remain socially aware of hot-button issues. Homosexuality is one that’s boldly written on the wall, but there are many more sensitive social topics you may run into by chance. Your entire brand has to be neutral, or else you’re alienating the other side.

7: Take your time in a hurry, as Wyatt Earp famously said. With Nike and American Apparel, we see two brands getting in on what they viewed to be a timely campaign, with the Olympics and Sandy respectively. But guess which brand should have taken more time to consider the implications?

A campaign you’re running doesn’t have to be a smashing success. You should focus a lot more on not becoming an epic failure! You can always bounce back from disappointment, and you can always grow from moderate success or your expectations not being reached. But when it comes to failing so magnificently, your brand may be buried permanently.

About the Author: Craig Robinson. A freelance writer from Qwaya.com – a Facebook ad management tool and helps advertisers organize their campaigns. Craig also loves to participate in some social media communities and forums. 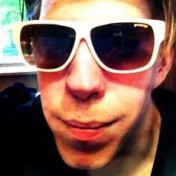 GILL Solutions Management takes pride in its ability to deliver world-class digital solutions for reasonable costs. We’re an experienced team that works with businesses in identifying the most optimal ways to … END_OF_DOCUMENT_TOKEN_TO_BE_REPLACED

Whether you are a person who likes social media or not, if you're in business, there is a good chance that at some point you've considered FaceBook for your business. Understanding what the benefits are, is an … END_OF_DOCUMENT_TOKEN_TO_BE_REPLACED

We all know Social Media is popular. But before your business goes down the path of investing resources and budget into this marketing channel, you need to know what to expect. Most importantly can it be profitable … END_OF_DOCUMENT_TOKEN_TO_BE_REPLACED

Every business I have ever spoken to has unanimously agreed, they would love to be on page one of Google for the keywords directly related to their business. Most believe they deserve to be at the top, and the … END_OF_DOCUMENT_TOKEN_TO_BE_REPLACED

With over 20 years in the digital marketing field, the number one approach to quickly generate the greatest impact on a business's results that I've witnessed has been accomplished through conversion rate … END_OF_DOCUMENT_TOKEN_TO_BE_REPLACED

Hosting your website is a very big deal for many reasons that we'll discuss in this article. Siteground is a hosting company (click to see Siteground's current offer) we often recommend, even though they tend to be … END_OF_DOCUMENT_TOKEN_TO_BE_REPLACED