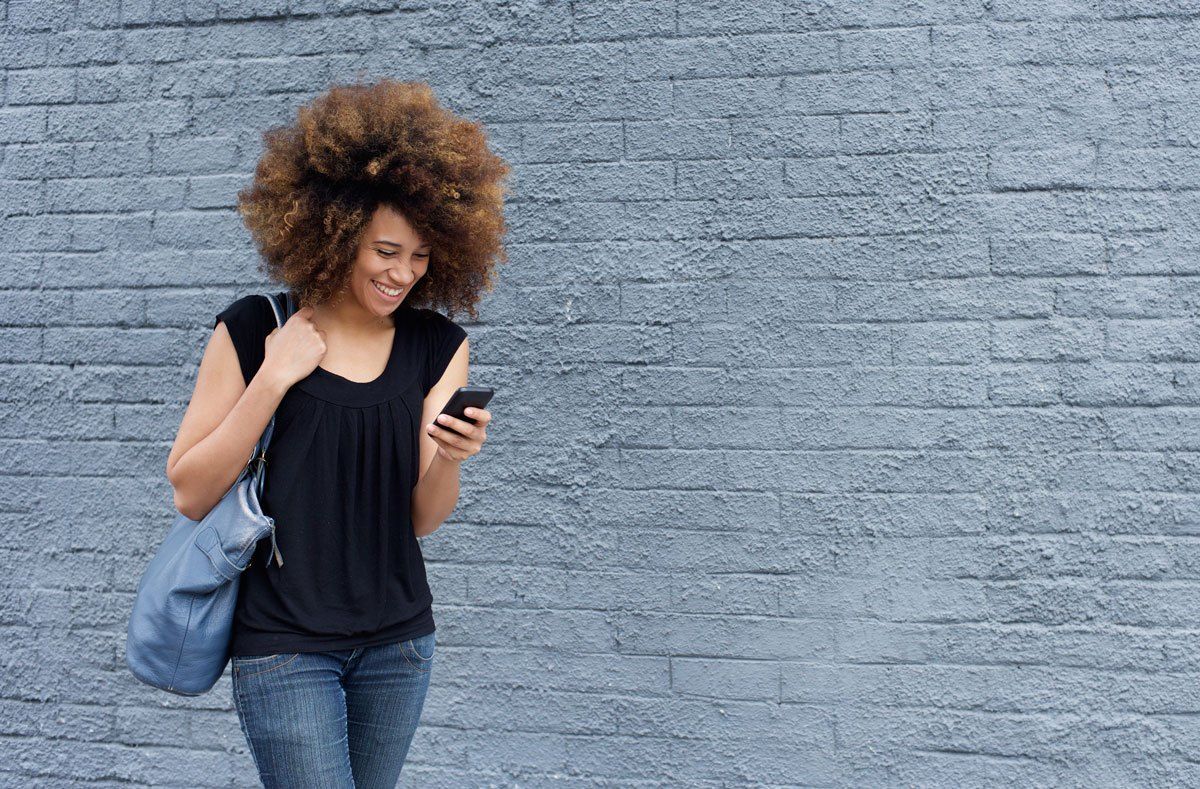 Mobile marketing technology is here, and it’s here to stay. Advertising via mobile devices has progressed far beyond innovation. That is, simply using a mobile device for connecting with your audience is no longer out of the box – but you still need to be innovative in the way you use the available tools.

The number one thing to remember when planning a mobile campaign is that you have to provide something of value to your customers. Simply putting your name out there is not enough. A catchy slogan, a funny mascot – these just aren’t going to cut it on their own in the mobile world.

Here are a few of the top strategies for getting your audience to notice your mobile advertising campaign (and examples of what they look like in real life). Consumer taste and mobile technology are constantly evolving, so don’t hesitate to take advantage of opportunities as you see them.

#1 Use SMS to Send Coupons and Offers

Mobile messaging is a really good way to engage consumers via the mobile devices they use most often – their phones. Text messaging may not be flashy or exciting, but it has one important thing going for it – texts get seen.

A good example of a brand that has effectively utilized SMS and MMS to bring in customers is The Home Depot. First of all, they give people a reason to opt-in to mobile messaging by offering $5 for signing up.

They also send out limited-time promotions on a regular basis. Mobile alerts are frequent enough to keep recipients interested and aware, but not so frequent as to be spammy. The offers are good ones – short-term % or $ off deals on both small and big-ticket items.

Beyond text messages, Home Depot has done a great job optimizing its mobile website and designing a very user-friendly app. Taken together with the SMS campaign, this equals a killer overall mobile marketing strategy.

This is really two separate points, but in many ways they are inseparable (you’ll get an idea why in the following example).

First, you need to identify your target demographic and find out what makes them tick. You won’t engage many teenage girls in a campaign centered around quilting bees, even if you’ve got a phenomenal approach. Likewise, how many middle-aged men are you going to attract if your promotion is all about handbags?

Once you know about your audience and what they like, the next step is to devise an engaging promotion, which will ideally be an activity at the same time. An interactive game, a scavenger hunt, a social media contest – you name it – just as long as it is active, rather than passive.

LG did this when pop-idol band One Direction came to the LG Arena. Before the event, the company planned a brilliant Twitter game, hiding VIP tickets in 25 different locations. Each time someone tweeted with the hashtag #lgtickethunter, a map on LG’s website zoomed in on the locations of the tickets.

This strategy gained the brand 40,000 page views and more than 9,000 visitors. The ultimate goal was to raise brand awareness and interest among young people, and it was a huge success. If either part of the equation (identifying the audience or creating an interactive, participatory activity) had been missing, this could have been a huge flop.

#3 Let Your Customers Reach Out to You

In some ways, it might seem less risky to take the initiative and make the first move. But empowering customers to take the lead is a good choice for several reasons.

For one, it lets them know they are in charge. It sends a message that you are there to serve them, that they aren’t just sales numbers to you.

If you let consumers make the first move, you don’t have to be aggressive (which turns people off) and you benefit from the opportunity to deal directly with people who actually are interested in what you have to offer.

Ford Motor Company demonstrated this when they asked people to text “FORD” to 63611 if they were interested in the company’s new Escape and Taurus models.

Now, normally you’d be annoyed if a company contacted you directly to try to sell you something. But if you were the one who took the initiative and asked for information, it would just seem like great customer service. Right?

After consumers sent the FORD text, they were contacted by a Ford representative, who interviewed them about their interests and needs. In general, the people contacted were quite receptive to these calls, and Ford dealerships experienced an impressive 15.4% conversion rate (based on customers who were referred).

The thing that all these advertising campaigns have in common is that they aren’t terribly generalized, and they give the customer a lot of agency in determining when and how to interact with the company. One of the best things that the internet and mobile technology have done for consumers is to give them a greater sense of empowerment in their interactions with businesses. Instead of viewing this as a disadvantage, we should be looking for ways to capitalize on it by working consumer initiative and engagement into campaigns.

Join Over 5,000 Businesses with Strategic Marketing

GILL Solutions Management takes pride in its ability to deliver world-class digital solutions for reasonable costs. We’re an experienced team that works with businesses in identifying the most optimal ways to … END_OF_DOCUMENT_TOKEN_TO_BE_REPLACED

Whether you are a person who likes social media or not, if you're in business, there is a good chance that at some point you've considered FaceBook for your business. Understanding what the benefits are, is an … END_OF_DOCUMENT_TOKEN_TO_BE_REPLACED

We all know Social Media is popular. But before your business goes down the path of investing resources and budget into this marketing channel, you need to know what to expect. Most importantly can it be profitable … END_OF_DOCUMENT_TOKEN_TO_BE_REPLACED

Every business I have ever spoken to has unanimously agreed, they would love to be on page one of Google for the keywords directly related to their business. Most believe they deserve to be at the top, and the … END_OF_DOCUMENT_TOKEN_TO_BE_REPLACED

With over 20 years in the digital marketing field, the number one approach to quickly generate the greatest impact on a business's results that I've witnessed has been accomplished through conversion rate … END_OF_DOCUMENT_TOKEN_TO_BE_REPLACED

Hosting your website is a very big deal for many reasons that we'll discuss in this article. Siteground is a hosting company (click to see Siteground's current offer) we often recommend, even though they tend to be … END_OF_DOCUMENT_TOKEN_TO_BE_REPLACED