If done well, social media marketing can be a great way to reach a broad consumer base. And of course, when it comes to social media, Facebook is still king. So Facebook marketing is definitely worth a look (a long one). 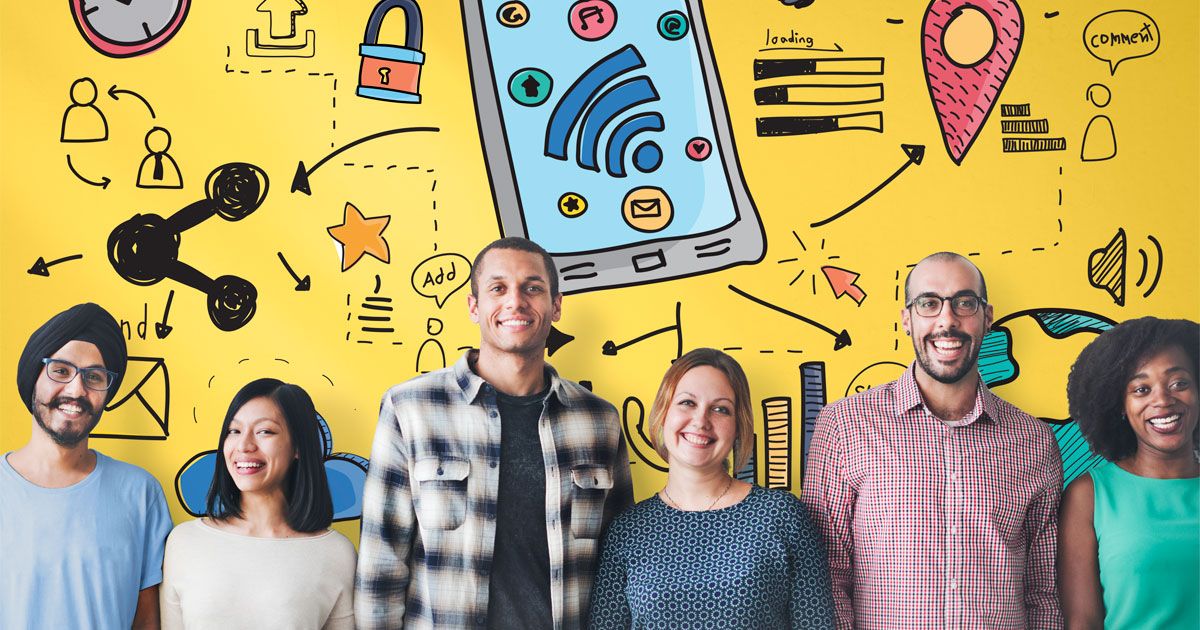 But here’s something you should keep in mind when considering whether (and how) to market on Facebook. The reasons people use this social media platform are diverse. However, there are some important trends in how and why Facebook is used. When considering your Facebook marketing strategy, you absolutely should keep these trends in mind. Ignoring them could be perilous.

Actually, that’s the case no matter which advertising platform you use. It’s always a good idea to understand what your audience is there for. However, when it comes to social media, marketers have a tendency to assume they know what’s up. And that’s unfortunately not always the case.

So, to help you better evaluate your audience, here are some facts about Facebook usage. These are mostly drawn from Pew Research Center, which tends to be quite reliable in terms of quality and consistency of data.

While users don’t like all things about Facebook, fear of missing out (FOMO) is not a huge concern.

Basically, people aren’t hugely worried about seeing others engaging in social activities that they themselves aren’t a part of. On the contrary, 84 percent of Facebook users assert that they aren’t bothered by this. When it comes to dislikes about Facebook, the number one reported concern is oversharing. Others include posting of pictures or information (of/about the user) without permission, having posts visible for those outside the intended audience, and pressure to share too much information. So, basically, the biggest concerns all have to do with an excess of information, either from others or from the user to others.

Both men and women cite sharing and humor as top reasons for using Facebook.

However, there are also differences between how the sexes perceive and use the platform. For instance, women are more likely than men to say that viewing photos and videos is a top reason for Facebook use. Women are also disproportionately likely to say they like Facebook for learning about ways to help others and for receiving support from network friends. On the other hand, women, and men equally like Facebook for receiving updates and comments. Both sexes also like the platform for keeping up with current events and for receiving feedback on posted content.

Over 50 percent of Facebook users have more than 200 friends in their network.

The average number of friends is 338, and the median is 200. As a general rule, younger users have larger friend networks than older users. 27 percent of Facebookers between 18 and 29 have more than 500 friends. And 72 percent of users over 65 have 100 friends or fewer. While there are multiple explanations for this phenomenon, this might have to do with the different ways that people of different generations view social media.

“Unfriending” can be a kind of social pressure.

12 percent of users report that they have been asked to unfriend someone within their network. This is more common among younger users than older ones. Among Facebookers between 18 and 29, 19 percent report that someone has asked them to remove a friend from their network. At the other end of the spectrum, it has only happened to 5 percent of users 65 and up. This is a social dynamic that is largely ignored and misunderstood. Essentially, what this demonstrates though is that Facebook is, at its core, social. That shouldn’t be surprising since it is, after all, a social network. Yet we often don’t think about it as social in the same way face-to-face relationships are. Perhaps this statistic will help us gain greater insight into the human relationships that are the basis of Facebook’s very existence.

44 percent of users like friends’ content at least once per day, while 29 percent do so several times per day. On the other hand, only 10 percent of users update their own status daily and 4 percent do so multiple times per day. And a quarter of Facebookers report that they never change their status. What does this say about the nature of Facebook? Well, the main thing it demonstrates is that Facebooking is very much a spectator sport. A small percentage of people are “active” in that they frequently post content and update statuses. Meanwhile, a greater number of users are observers who enjoy seeing what others have to say and show, but don’t necessarily want to share equally.

More than half of non-Facebook users live with someone who is on Facebook.

So, few people are entirely removed from the platform. Facebook is pervasive in that even non-users have frequent contact with users. Usually, but not always, it is younger people using the platform with older relatives refraining. For instance, 66 percent of non-Facebook using parents with a child at home have someone in the house that does have a Facebook account.

How you use this information because its usefulness is highly dependent on your own industry and business model is up to you; however, I can tell you that you shouldn’t plunge headfirst into Facebook marketing without a decent understanding of why people use Facebook and what they use it for.

To further round out your understanding, here are a few more places to find Facebook statistics:

After you have completed your due diligence, test your strategies, before diving in head first. You can identify what is working with your audience, and what is not. Then you can go all in.

Leave me a comment below, do you use FaceBook marketing? Is it working for your industry and business?

GILL Solutions Management takes pride in its ability to deliver world-class digital solutions for reasonable costs. We’re an experienced team that works with businesses in identifying the most optimal ways to … END_OF_DOCUMENT_TOKEN_TO_BE_REPLACED

Whether you are a person who likes social media or not, if you're in business, there is a good chance that at some point you've considered FaceBook for your business. Understanding what the benefits are, is an … END_OF_DOCUMENT_TOKEN_TO_BE_REPLACED

We all know Social Media is popular. But before your business goes down the path of investing resources and budget into this marketing channel, you need to know what to expect. Most importantly can it be profitable … END_OF_DOCUMENT_TOKEN_TO_BE_REPLACED

Every business I have ever spoken to has unanimously agreed, they would love to be on page one of Google for the keywords directly related to their business. Most believe they deserve to be at the top, and the … END_OF_DOCUMENT_TOKEN_TO_BE_REPLACED

With over 20 years in the digital marketing field, the number one approach to quickly generate the greatest impact on a business's results that I've witnessed has been accomplished through conversion rate … END_OF_DOCUMENT_TOKEN_TO_BE_REPLACED

Hosting your website is a very big deal for many reasons that we'll discuss in this article. Siteground is a hosting company (click to see Siteground's current offer) we often recommend, even though they tend to be … END_OF_DOCUMENT_TOKEN_TO_BE_REPLACED